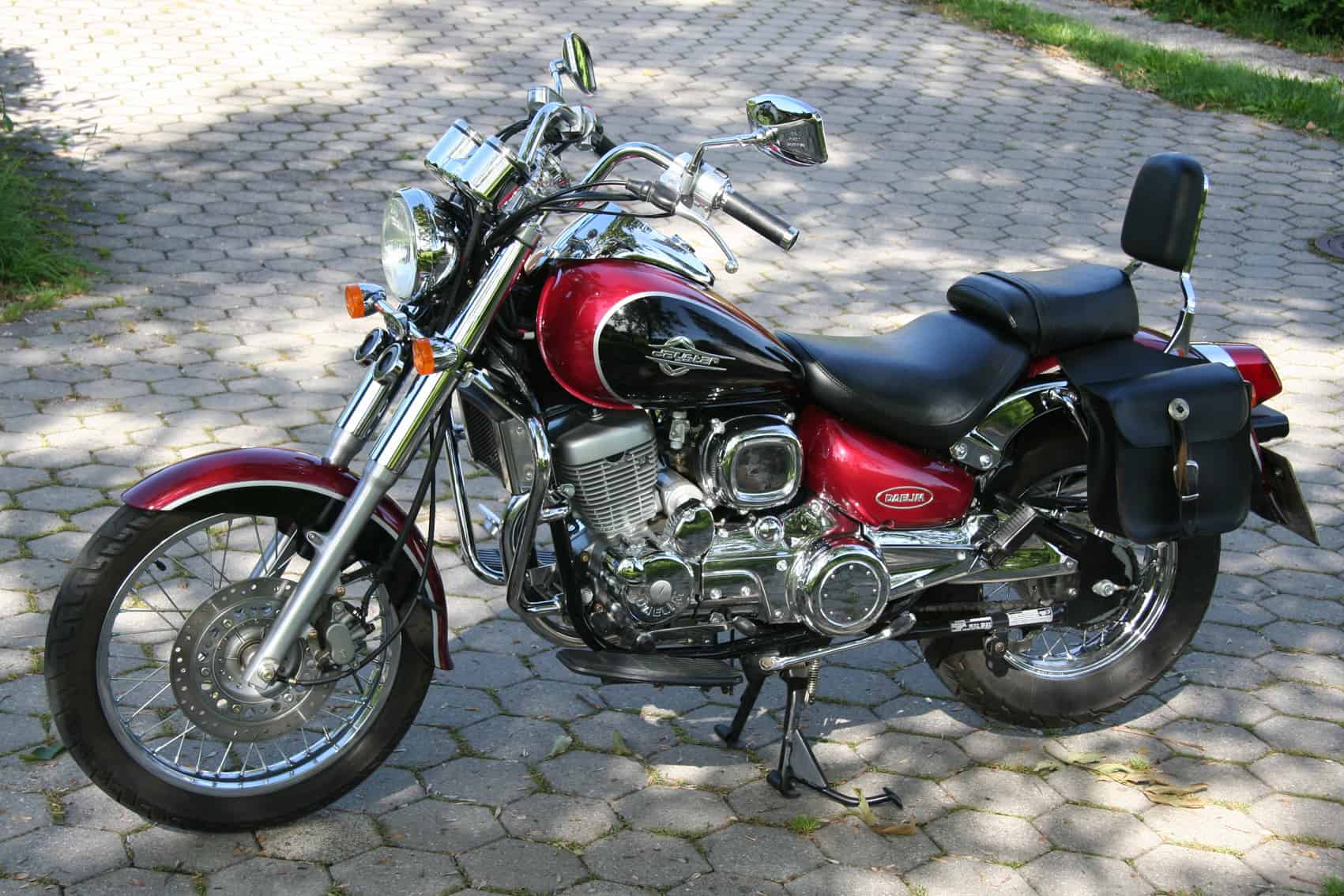 Daelim motorcycles - great and relatively cheap equipment or trash in Korean edition? We check it out!

As a recent owner of a motorcycle from the Korean brand, I was surprised that there is so little official information about it on the Internet. It’s time to change that! As the editors of onetrace.pl we will try to tell you what Daelim is, what kind of motorcycles it produces and if it is worth to bet on it?

Korean car brands in Poland are practically only well known. Hyundai and KIA are valued for high quality of cars, attractive price, perfectly prepared parts service and top-class customer service. What about motorcycles? Is one of the main Korean producers, Daelim, worth attention or is it better to avoid this brand?

It is said that the Japanese reign in the production of motorcycles. It is true, but neighbouring South Korea can also create motorcycles. Apart from Daelim, South Korea is mainly dominated by Hyosung. These machines are appreciated in Asia, but is it a sign of regional patriotism or do Asians know what is good? We will check it on the basis of Daelim!

Daelim – what brand is it?

Let’s start with the fact that Daelim is one of the largest Korean companies in general. The conglomerate manages seventeen different companies (including automotive, construction, fuel or trade companies). The origins of the company date back to 1939, but the project in its present form was launched in 1962. Importantly, this colossus manages, among other things, part of the Korean power industry.

Ok, but where are the motorcycles? The year the conglomerate was formed, the Daelim Motor Company was also launched. This company began creating scooters to provide workers with a quick and efficient commute. The first motorcycle rolled off the production floor in Changwon in 1963, a year after the brand was founded.

Today, it is one of the largest motorcycle manufacturers in the world. Every year 300 000 units leave the factory. They are very popular in Western Europe (especially in Germany, where the brand’s showrooms operate), but also in Israel, Yemen and Sudan. An interesting fact is that Korean police have a fleet of Daelims at their disposal.

Mainly scooters, but not only..

The brand mainly focuses on manufacturing scooters. In total, it has released 11 models of this urban unicycle. Their advantage is a large engine (125cc) and interesting styling. This makes Daelim strongly bet on the development of this branch of motorization. Can Daelims compare to, for example, Italian machines?

If we look at the opinion of internauts, then yes! Their prices are lower than in case of Piaggio, but they impress with their equipment and quality of workmanship.

Of course, Daelim is not only scooters. In the range of the company there are also traditional motorcycles. Mainly the manufacturer focused on those with engines up to 125cc (which, in later years, strongly activated fans in Poland, which will be described later in this text), but motorcycles such as VJF250 Roadsport or ATV ET250/300 have also gained fans.

The fans of popular racers and tourers (the Roadwin and Roadsport series) will find something for themselves, however, in Poland Daelim is known mainly as a manufacturer of cruisers.

Now we are going to move on to the cruisers of the Daelim company. You are certainly familiar with Honda VT Shadow 125, one of the cult products of the Japanese motoring legend. The Koreans came to an agreement with Honda (to this day they are a partner manufacturer of the brand, and spare parts from Honda fit Daelim and vice versa) and started to create their own products based on the Shadow – something like the Poles do with FIATs.

That’s how the Daelim Daystar was created – a smaller Honda unicycle, with a single-cylinder fuel-injected engine, which is still produced today. Daelim went further and created various modifications of the original design. That’s how the longer VT (it’s lower than the aforementioned VL) and the goat-like VC hit the roads. As far as Daelim is concerned, these three vehicles are the most popular in Poland. This was helped by a certain act..

There are many fans of the brand in Poland!

Daelims began to be imported from Germany to Poland after changes in the Highway Code. The right to ride motorcycles with an engine capacity not exceeding 125cc was granted to holders of a B class driver’s license. This started a real boom for small motorcycles and dealers had to import more brands to Poland. This is how a Korean company came to us.

There are no Daelim dealerships in Poland, unlike in Germany where these motorcycles are mainly imported from. Poles have fallen in love with cruisers from the Korean stable. In 2009 there were still discussions about the quality of these vehicles on internet forums. Today Daelim is a valued company, which has true ‘followers’. Proof? In 2016 the first Daelim rally in Poland was organized, which was attended by several dozen participants!

What’s more, an internet forum dedicated to Daelims was created in Poland.

As you can see, the popularity of Korean motorcycles is constantly growing in Poland. Will they reach the cult status? There is still a long way to go but surely the fans will not let us forget about their machines!

Hayabusa 1300 – a tourist with a sporty flair!
Cruiser protectors – is armor a good option?
A good motorcycle route – how to map it? What should I pay attention to?
Motorcycle garaging – the most important rules
Gadgets useful for motorcycle travel