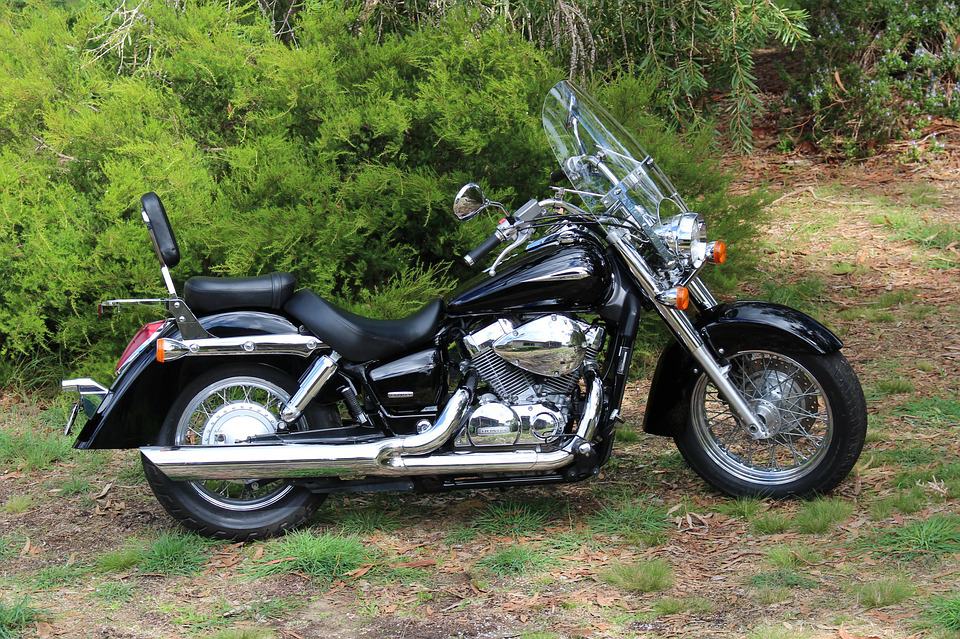 Honda Shadow – why is this model so popular in the 125 category?

Can a motorcycle in the 125 category be versatile? The popular Honda Shadow proves it can!

Indian Scout – what can we find in the offer of this brand?
The world’s fastest motorcycles – TOP 5
Touring motorcycles – what is worth knowing about them?

A low seat, handlebars extended to the rear, a clearly visible engine and lots of chrome – this is a typical representative of the motorcycle cruiser class. It may seem that this type of machine will not fit properly into the 125 category, but the Honda Shadow proves that it can.

History of the Honda Shadow model

At the end of the last century, the employees of the Honda brand set themselves the goal of launching a touring motorcycle in the 125 cc category. This is how the Shadow motorcycle project was created. Its production began in 1999 at the Kumamoto factory in Japan. Production of the Shadow in Asia was short-lived, however, as assembly moved to Europe two years later. Here, without major changes, only aesthetic improvements, it was produced until 2008, after which production was discontinued due to the tightening of exhaust gas standards in the European Union. Thanks to the motorcycle’s power-to-weight ratio of no more than 0.1 kW/kg, the Honda Shadow can be driven in Poland by holders of an A1 or B category driving license for at least three years.

The heart of the Honda Shadow is certainly an interesting unit. The designers wanted the engine to look and sound like those of the classic “American Classic Edition” motorcycles. It was not an easy task, but the result of their work satisfied fans of this type of motorcycles in Europe. The forked, two-cylinder, liquid-cooled unit with a capacity of 124 cm³ generates 15 horsepower. With a weight of 150 kilograms the power to weight ratio may not be overwhelming, but the motorcycle can easily accelerate to over 120 km/h. Interestingly, the given parameters allow for legal driving of the machine for drivers with A1 or B category.

The model of the Japanese concern has a lot of advantages. It combines several things that might seem contradictory. The 125 version is very suitable for the first motorcycle. It can already be driven by people who are at least 16 years old. For young people, the impression it makes is certainly important. It is quite a big one – riding it is no disgrace. Certainly, motorcycle fanatics would not be ashamed to even participate in rallies. At the same time, thanks to its low power, it is suitable for gathering experience in driving a single-track. Another advantage is the fact that this motorcycle can be used both in city traffic, thanks to low fuel consumption, and on the road, thanks to the comfort of a cruiser

Despite the fact that the price of the motorcycle itself is currently quite high, the operating costs themselves are more than satisfactory. Availability of parts is good, as the Shadow model shares the engine and a considerable number of components with another popular Honda model, the Varadero. In addition, many users praise the machine for reliability. Fuel consumption is quite normal for the 125 category – it is about three liters per hundred kilometers

There are also interesting stories associated with the production of Honda Shadow. One of them talks about a motorcycle called Daelim Daystar 125. This is a similar design produced by the Koreans under license from Honda. It was launched in parallel, but its production continues to this day. All thanks to the use of a single-cylinder fuel-injected engine, which meets European standards for clean exhaust gases.

Another interesting fact is that a special version was introduced for the German market. Since in this country it is forbidden to develop speed above 80 km/h by holders of A1 driving license category, it was decided to develop a model with ignition module type N51F, which limits this maximum speed.

Is it worth choosing a Honda Shadow model?

The “one hundred and twenty-five” category among motorcyclists should interest mainly beginners and those looking for a utility vehicle to get from A to B, to work or to the store. However, the Honda Shadow breaks the stereotypes. It also attracts the more experienced and sophisticated, for whom style and long-distance trips on a unicycle count. It has been out of production for a few years now, but to this day it remains a tasty morsel for motorcyclists with different tastes.

Benelli TRK 502X – small engine, big machine
How to ride in a group with a beginner motorcyclist? Some important rules!
Hayabusa 1300 – a tourist with a sporty flair!
Motorcycle stops – what rules should you follow to make them fun?
World War II motorcycles – what did the greatest armies ride?