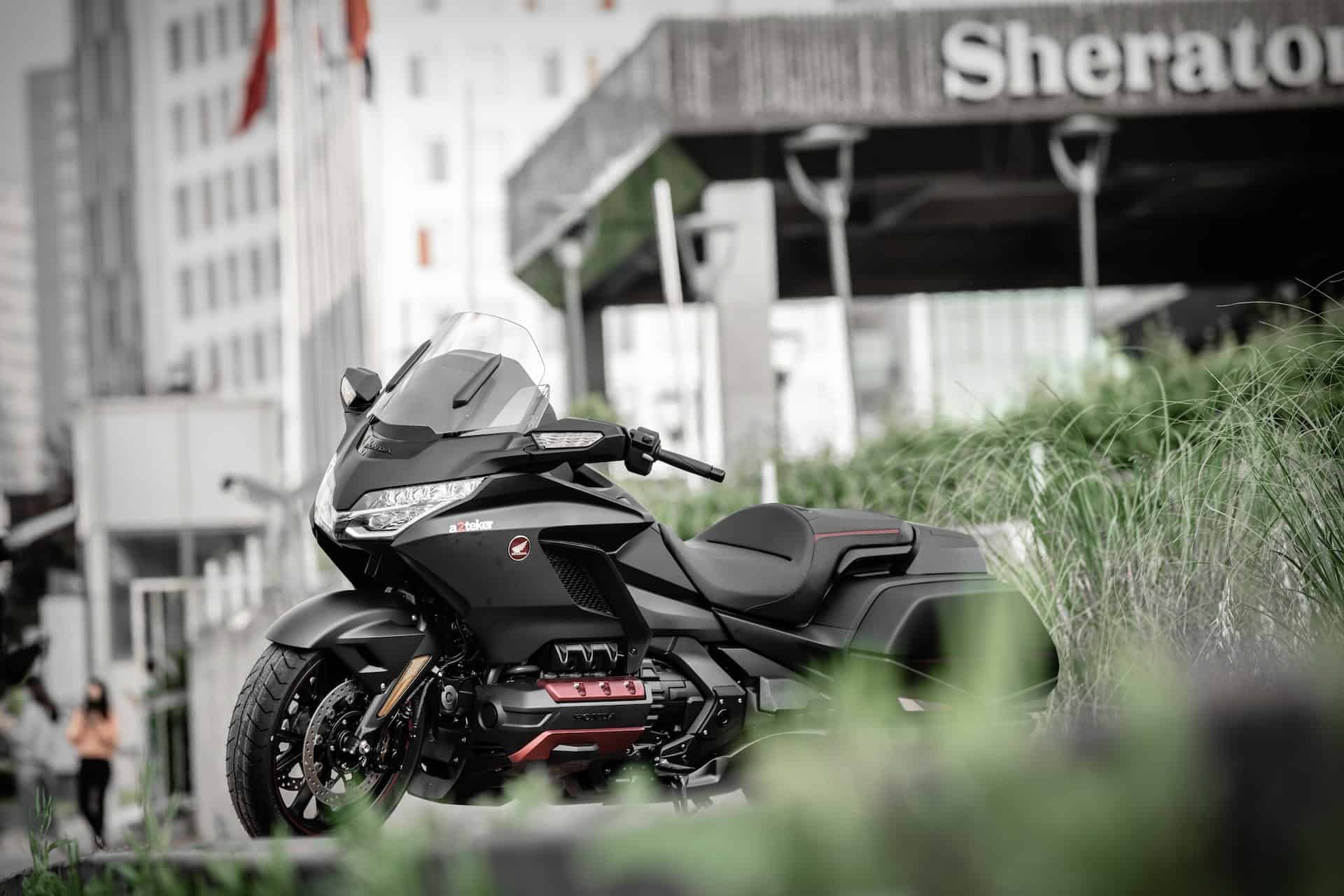 The latest Honda GL1800 Gold Wing – what is worth knowing about it?

Honda Gold Wing is a motorcycle that sparks the imagination of entire generations. What is the latest version of the GL1800 able to offer us?

A motorcycle with a leveling system? Honda has shown the first one!
Honda VF500F – what is worth knowing about this model?

Honda GL1800 Gold Wing – a true legend and a textbook example of the perfect road cruiser. What can it offer us?

Honda does not stop thriving in the motorcycle category, and one of its latest projects perfectly illustrates this. After all, we are talking about the GL1800 Gold Wing model, which in the class of touring motorcycles is even considered a legend. No wonder that all new reports about this design are really strongly anticipated by fans of the Japanese brand. Today we will lean into what the latest incarnation of this model line is capable of offering us.

The status of a legend can not be acquired without decades of staying at the forefront of the market. The Gold Wing worked for this designation for almost half a century. The first generation of this model debuted on the market back in 1974, although it was not originally intended to be a touring vehicle at all. It was a classic naked that focused rather on a sporty experience. This was indicated, for example, by a four-cylinder engine built in a boxer configuration with a capacity of one liter and 82 horsepower.

It was only a few years later that a Full version with trunks and a seat equipped with a backrest debuted on the market. This variety became the dominant variant of the Gold Wing over the years, and the evolution of the motorcycle went in this direction.

The following Gold Wings were already created to be typical road cruisers, ideal for traveling hundreds of kilometers on two wheels. High practicality and comfort were combined here with a powerful power unit, making this motorcycle a truly practical solution, and customers loved this model for its versatility and riding satisfaction.

Honda GL1800 Gold Wing – what does it have to offer in the new version?

The Honda GL1800 Gold Wing is another sixth installment of this timeless series, often referred to as a limousine on two wheels – but this title is not at all an abuse. Let’s start with the unit itself, which features a 1.8-liter capacity, 126.5 horsepower and an impressive 170 Nm of torque. Combustion is about 6-8 liters per 100 kilometers, and acceleration to 100 km/h – just 4.2 seconds! For a touring motorcycle, however, the engine isn’t everything, but in terms of equipment, Honda has relied here on a plethora of different options that are hard to list in a single paragraph.

Some amenities sound like we’re talking not about a motorcycle, but a car. There’s built-in navigation, an audio system consisting of six speakers, adjustable windows, heated grips, warm air vents, and built-in jack or USB connections. In the latest version, we will also experience new radars and… adaptive cruise control. Of course, such a set will cost us quite a lot, but this should not surprise us – we are talking here not only about the brand’s flagship, but also about a true legend, and in the case of such models the high price is a little more justified.

the 10 most important concepts for a motorcyclist
Spain. Motorcycle gloves mandatory!
Honda Shadow – why is this model so popular in the 125 category?
Suzuki DR650 – who is this motorcycle for?
Cruiser protectors – is armor a good option?