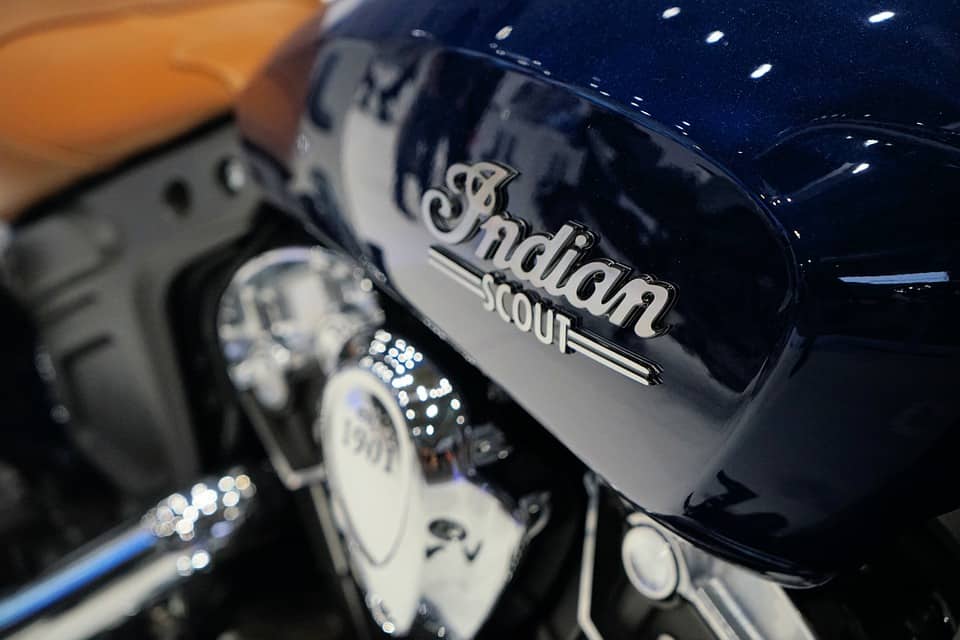 Indian Scout – what can we find in the offer of this brand?

The American brand Indian Motorcycles has a number of unique models, such as Chief or Scout, which have become a permanent part of automotive history. What does the American company currently offer?

Cruiser protectors – is armor a good option?
Turning a motorcycle – how to do it smoothly and safely?
Chopper vs cruiser – what are the differences?

Considered the best model of the American brand producing unicycles. The Indian Scout has fired the imagination of motorcycle fans for a century. Originally produced between 1920 and 1949, the Indian Scout belongs to the classics of the genre of American machines that have dominated every road they have been on. What can we find in the offer of the Indian Motocycle concern nowadays?

The genesis of the brand

Indian Motorcycle is an American brand of unicycles originally on the market from 1901 to 1953 in Springfield. The currently known name was not introduced until 1923, when the Hendee Manufacturing Company evolved into the Indian Motocycle Manufacturing Company. By the second decade of the 20th century, the Indian Motorcycle concern had become the leading motorcycle manufacturer in the world. The brand’s first sporting successes include a podium finish at the historic Isle of Man Tourist Trophy rally in 1911

The most famous and popular models of the brand include Scout (produced from 1920 to 1946) and Chief produced from 1922 to 1953, when the American company went bankrupt. Since then, many companies and organizations have tried to restore the Indian brand to its former glory, with varying success. Currently, the owner of the rights to Indian Motorcycles is Polaris Industries, which has moved its headquarters from the North Carolina area to Minnesota and Iowa. Beginning in August 2013, Polaris unveiled several models from the Indian stable drawing fully on the brand’s rich and age-old history.

First introduced in 1920. The first generation of the iconic motorcycle was considered the best machine designed and produced by an Indian. The next generation released in 1932 featured a much heavier frame twin to that of the Chief model. Interestingly, the Indian Scout took part in hostilities during World War II as a means of transportation for American and Allied soldiers

The original Scout was designed by Charles B. Franklin. It featured bold styling and an innovative approach to the power unit. The lower-valve two-cylinder engine that powered the design initially had a displacement of 606 cc, but thanks to the boom of the famous Excelsior Super X model, this was increased to 745 cc. Factory front brakes were added to Scouts in 1928.

In mid-1928, the Scout Series 101 appeared, displacing the previous version of the machine. Like the previous version, this one was also designed by Charles B. Franklin. the 101 featured a new frame, fork, and lower seat. The design was known for its extraordinary handling, which appealed to all kinds of motorcycle racers

The sales success was soon overshadowed by the Great Depression and its hardships, which pushed the once prosperous brand into bankruptcy. Fortunately, the gloomy visions did not materialize, and the company was bought out by the DuPont family. Unfortunately, due to business decisions and consistent cost cutting, production of Scout Series 101 was discontinued in favor of Standard Scout.

Indian Scout enthusiasts will be happy to know that modern versions of the iconic model are currently being released. The latest of these is the 2015 Scout, which was unveiled by the current owner of the American brand, Polaris Industries. The modern incarnation of the Scout is a stylish cruiser equipped with a liquid-cooled twin-cylinder power unit that generates 100 horsepower

Interestingly, a year later the company also released a budget version of the Scout called the Scout Sixty, which differs from its more powerful brother only by having a smaller engine.

A motorcycle with a leveling system? Honda has shown the first one!
British brand BSA will come back to life
Buzer – what is it and what does it mean in motorcycle slang?
What is a wheelie? We explain!
Spain. Motorcycle gloves mandatory!